Kanjivaram Sarees have Mythology, History and an Unifying Feeling: Here’s How 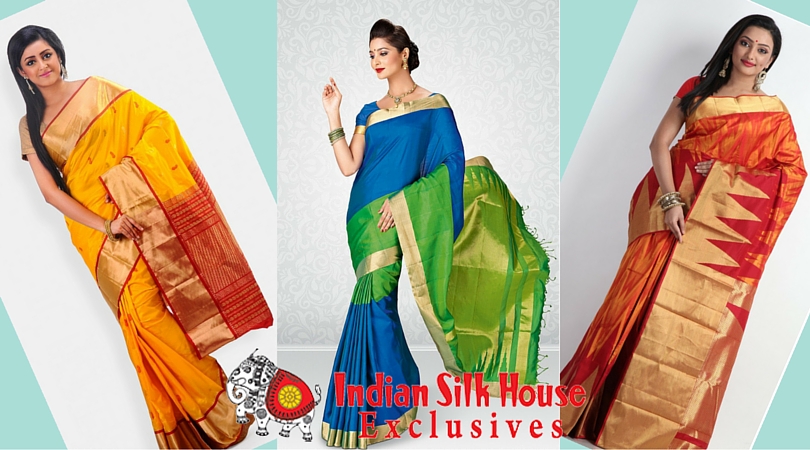 When it comes to dressing up in a wedding, the only thing that comes to the mind is to dazzle in a Benarasi or in a Kanjivaram Silk Saree. And this rule is almost same for every lady who has immense love and affection for Indian traditional sarees especially pure silk sarees.

And the most notable pure silk sarees which is heard from any Indian lady’s mouth is none other than the Kanjivaram Silk Sarees. This article would tell you every details about the Kanjivarams. Indian Pure Silk Sarees that will make you head over heels and make you want one  now.

Did You Know There Is A Mythological Story Behind The Kanchipuram Silk Sarees?

It is said that once upon a time there was a master weaver who weaved for the Gods, named Sage Markanda. He was known for his artistry skill amongst the Gods because he could weave tissues from the petals of the Lotus flower.

Sage Markanda was favourite of the Lords because he knew the fabrics that each of them preferred like Lord Shiva liked cotton and Lord Vishnu liked silk. And, from then on his expertise was sent to his descendents who were hailed as the Kanchi Silk Weaver. 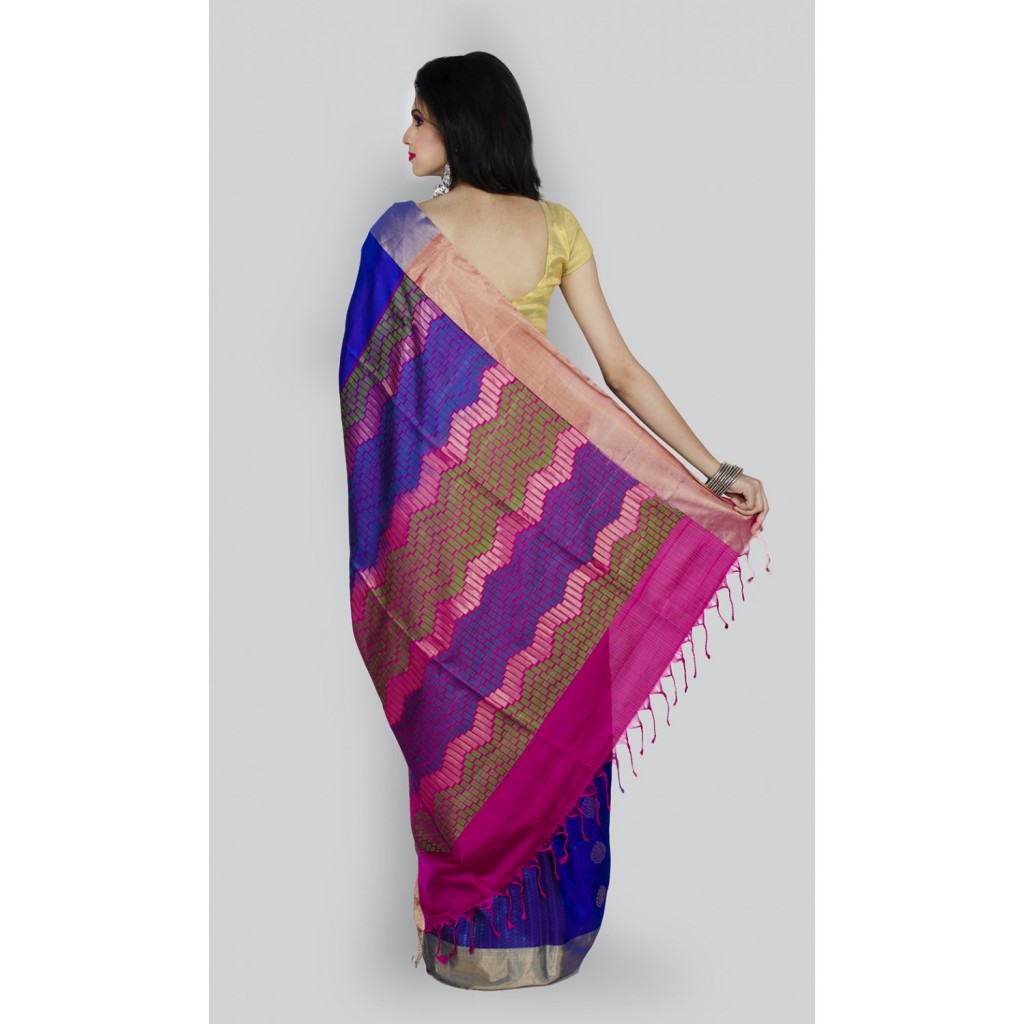 Apart From The Mythology, Kanjivaram Sarees Also Has A History To It:

During the reign of the Chola Dynasty in South India, silk trade evolved as one of the famous craftsmanship between the years 985 and 1014, around hundreds of years back. There were two weaving communities the Devangas and the Saligars who migrated from Andhra Pradesh to Kanchipuram, a city in Tamil Nadu.

These weaving communities were highly inspired the availability and popularity of silk weaving and hence joined hands with their expertise in silk weaving. And, this marked the inception of the silk industry in the 15th century. Even today, the main occupation of the people living in and around Kanchipuram is weaving silk sarees.

How Is The Weaving Method Different In Kanchipuram Or Kanjivaram Sarees?

Kanchipuram sarees are no wonder of a different character altogether. They are especially hand woven by the craftsmen who are the weaving experts. Hailing from South India  it was primarily woven with mulberry silk in temples. It is said that pattern and design of the sarees were highly inspired by the sculptures of the South Indian temples and natural elements like leaves, animals and birds.

It is still woven with mulberry silk thread. The entire stitching is done in the handloom structure giving it a hand-made art look.

The saree is weaved in three parts where the body, border and the pallu is weaved separately. And in each case single silk threads are used that accounts for its durability and hence can be passed along to the generations. 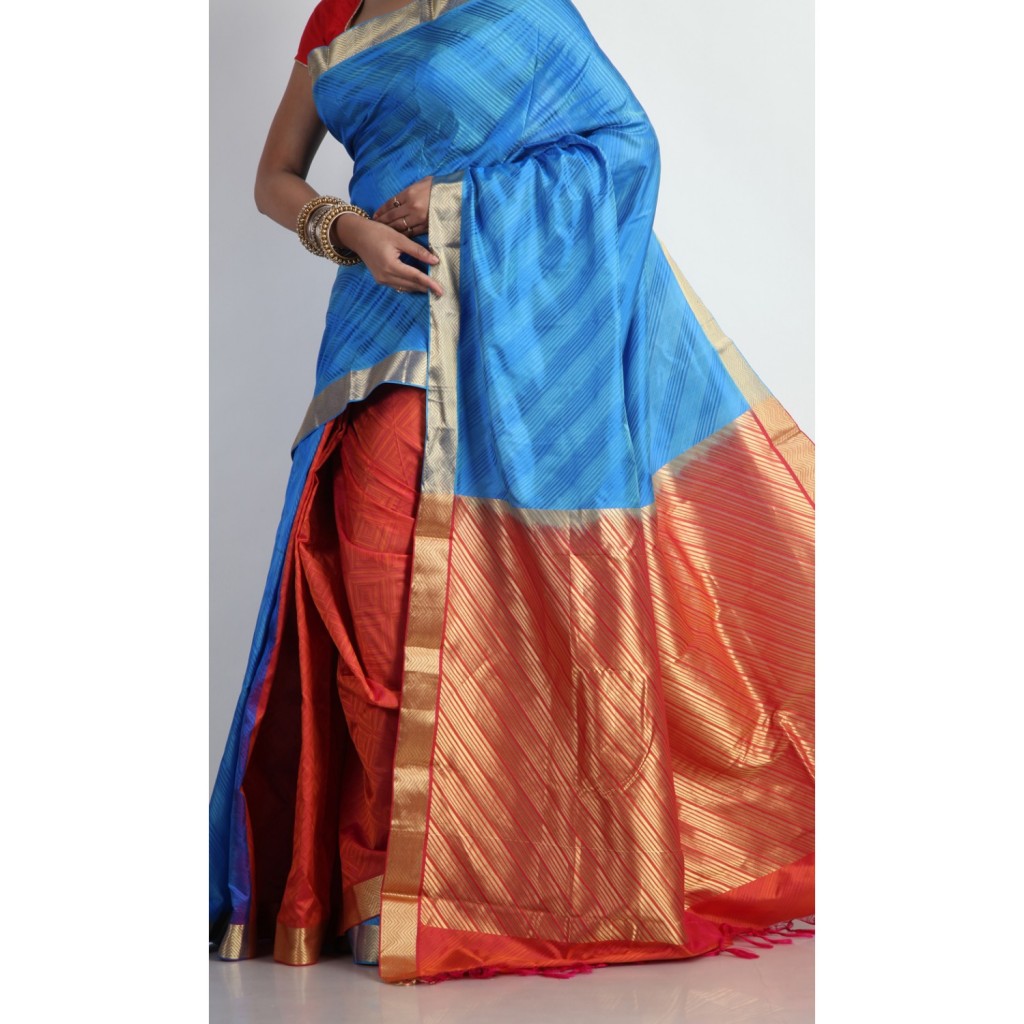 Some Unkown Facts About Kanjivaram Sarees :

#Did you know that the city Kanchipuram is also known as the Silk City? It is so named only because three fourth of the population is involved in the occupation of silk and sarees.

#Another important aspect of the saree is its price. It can differ from a range between 2,000 to 2,00,000 in Indian Currency. And hence it can be worn by anyone and everyone. Higher the price, better is the quality. There are three raw materials needed for compiling a Kanjivaram sarees, the mulberry silk thread, the metallic thread (Zari) and the dye. To make the metallic thread colorful, it is dipped in liquid gold and silver and hence, the price gets higher.

#The saree is made in many parts of the country now. But, the ones that are made in Kanjivaram are slightly heavier so that people throng to them for better quality. The quality of the silk is checked by its weight and hence they are better for obvious reasons.

#Kanchipuram sarees last longer. At times more than a lifetime and hence people make it a sign of legacy. So, you should Buy Sarees Online which will give you maximum durability and still would have the same lustrous shine.

#Another heartbreaking fact of these sarees is the shutting of looms. Before 20 years from now, there were 50,000 looms here, in this city but now that sum has reduced to 20,000. The only reason being increasing prices of raw silk and gold. Time ago, one kg of raw silk was Rs.1400 which has increased three times by now. Hence, the craftsman couldn’t bear so much of pressure and shut many looms. 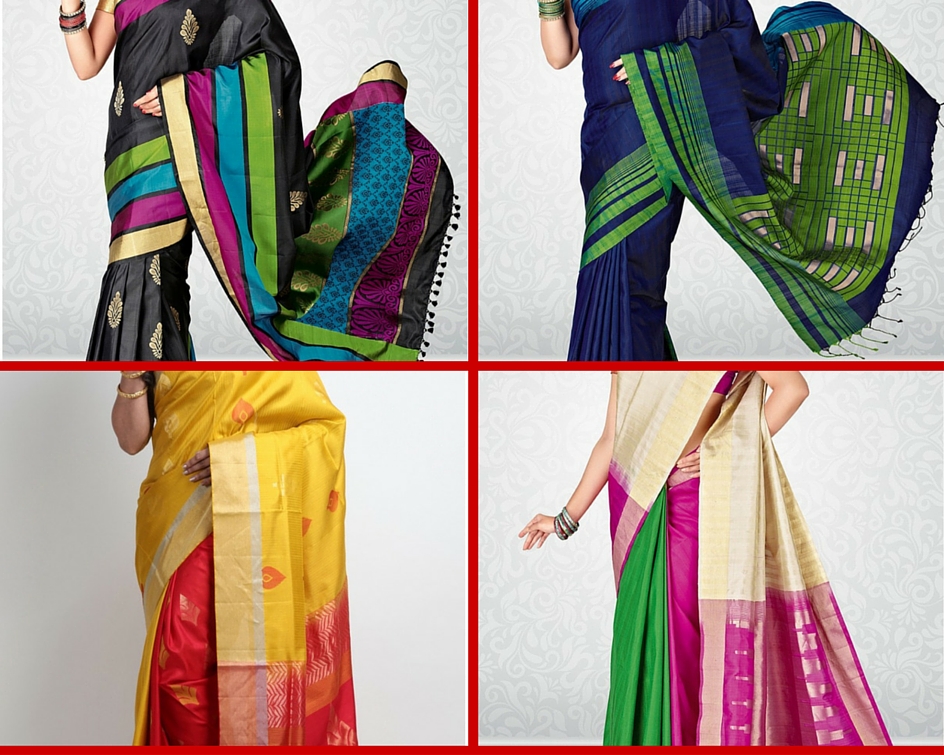 After reading this, you might want to have one of such an art pieces in your closet! So, who is stopping you? Shop online directly from the handloom weavers and welcome home an authentic piece of Kanchipuram sarees today!

One response to “Kanjivaram Sarees have Mythology, History and an Unifying Feeling: Here’s How”